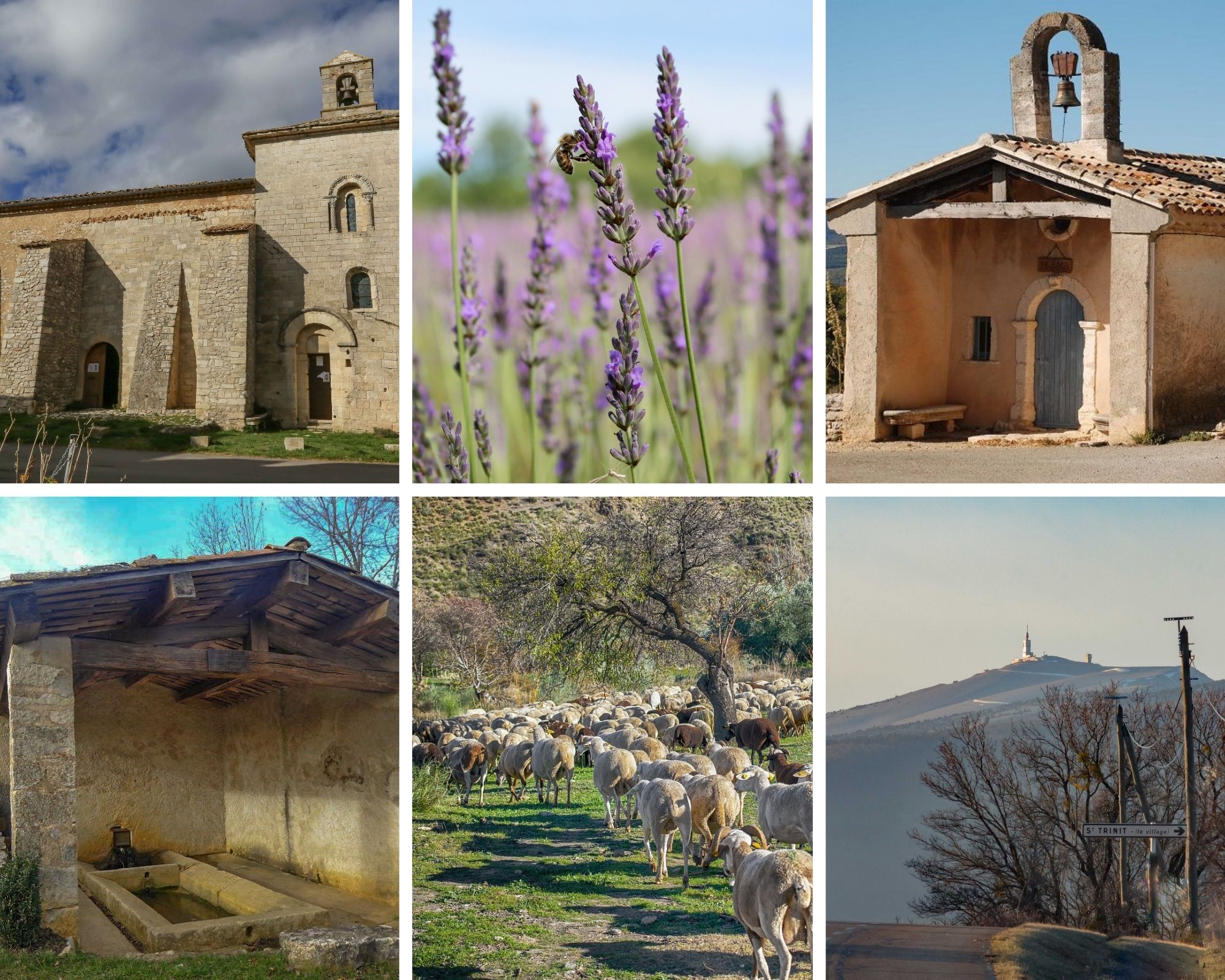 The passage of Neolithic man is attested by various types of tools (axes, scrapers, arrowheads, etc.) found in the commune. However, to date, no traces of Roman settlement have been identified.

The name Santa Trinitat is attested as early as 1082, and is linked to the Benedictine priory built by the monks. Ripert de Mévouillon, former simoniacal bishop of Gap, in order to obtain forgiveness for his faults, had given to the abbey of Cluny all his domains on the Albion plateau, which have since become Le Poët-en-Percip. These came from his mother Percipia, lady of Podio.

In the 12th century, the abbey of Saint-André de Villeneuve-lès-Avignon owned the parish church and received its income. In 1118, this possession of the ecclesia Sanctae trinitatis cum ipsa villa (the Holy Trinity in the village) was confirmed by a bull of Gelasius II. However, in the 13th century, this fiefdom passed into the “mouvance and major seigneury” of the bishops of Carpentras. The prior decimator, who still depended on the abbey of Saint-André, collected the 16th of the harvests and the Agoult da Saut, civil lords, the 10th. In 1253, a dispute over tithes arose between Raymond d’Agoult and Dom Calveria de Villeneuve. An arbitration took place and the Benedictines were defeated.

During the Wars of Religion, the fact that Saint-Trinit belonged to the county of Sault, which was close to the Protestant Baronnies, led to fears of attacks by the religionists. The village being open, i.e. not surrounded by ramparts, the inhabitants fortified their church in 1580, which forced the demolition of the vault and part of the Romanesque nave.

The outbreak of plague epidemics followed the wars. To protect against them, a chapel dedicated to Saint Roch was built next to the church between 1629 and 1630.

On 12 August 1793 the department of Vaucluse was created. It included the districts of Avignon and Carpentras, those of Apt and Orange – previously attached to the Bouches-du-Rhône – as well as the canton of Sault, which was part of the Basses-Alpes.

From the winter of 1942-1943, the Sault plateau saw the arrival of refugees from Alsace-Lorraine. In October 1942, Philippe Beyne, his deputy Maxime Fischer and their teams had already welcomed and installed dozens of S.T.O. draft dodgers in the villages and hamlets of the plateau. They provided them with false identity cards and food cards. To facilitate their supply, they had been grouped together near the villages of Aurel, Saint-Trinit and Saint-Christol.

Saint-Trinit is a pleasant, peaceful village on the border of the Vaucluse and the Alpes de Haute Provence in the middle of the beautiful landscape of the Pays de Sault.

Here you will be surrounded by lavender fields as far as the eye can see. If you are lucky enough to be there in July when the lavender is in full bloom, you will be able to witness the fabulous spectacle of the mauve fields mixed with the gold of the cereals…it is a true enchantment.

SAINT TRINIT and its few houses grouped around its 12th century Romanesque church (listed since 1915) dedicated to the Holy Trinity, its 17th century Chapel of Saint Roch, but also with its village Bistro, will welcome you with simplicity and kindness.

Far from the main roads, isolated in the middle of an authentic and generous nature, you will have the impression of living outside time.

Help us to save our Church

The association Les Amis de l’Église et du Patrimoine de Saint Trinit is an association under the law of 1901 published in the JO of 24 October 2020. It needs your support, by membership and/or donation, to finance urgent work. A project file for our church will soon be submitted to the Fondation du Patrimoine.

With regard to our 12th century church, which has been listed since 1915, we note that its condition has visibly deteriorated in recent times. The effect is striking on the west side of the building where new cracks have appeared at the bottom of the façade 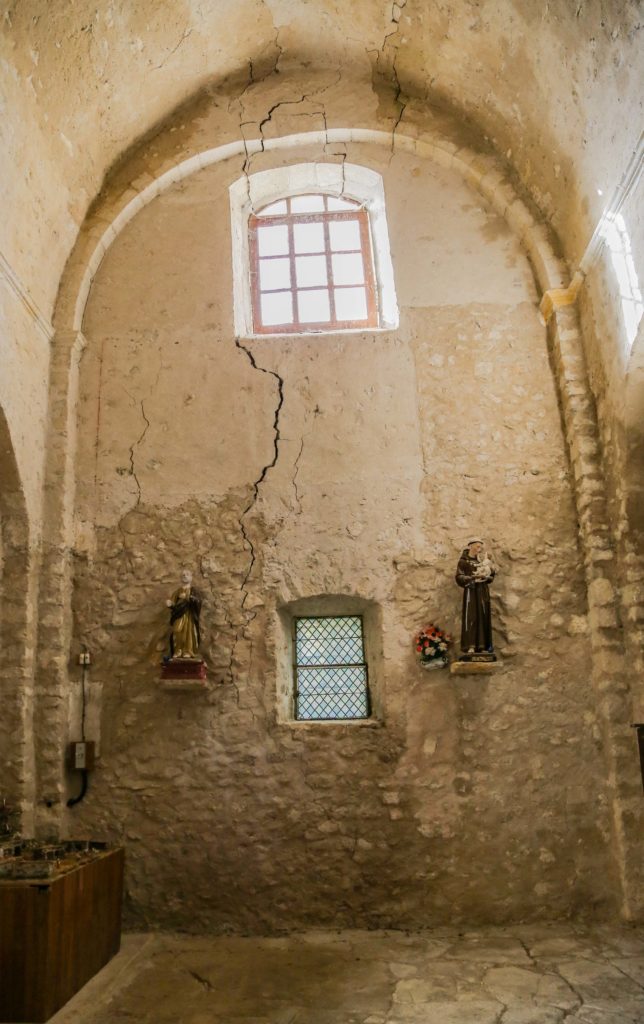 come and see us